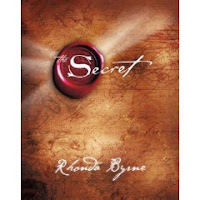 Not to be a jerk or anything, but I just checked - best case scenario for you is 5th place and that's if Ohio State and Florida play in the last game and Ohio State wins.

You shouldn't have picked UNC...I'd like to think it was your loyalty to me that made you choose Carolina and not because they were ranked no.1. We are all sad here.

Hey, it worked for me. I visualized winning that basket at the silent auction and I did win!!!

Okay, I upped my bid (a little) to do so, but isn't that the whole idea of the "The Secret"...being in charge of your destiny. Besides, they took away all of the clipboards with the bids while I was in the bathroom--I didn't know I won until they read my name...someone could have outbid me while I was "indisposed", but with my positive visualization, they didn't dare try!

I will try it again with the raffle I am attending on Thursday night and report back to you.

P.S. Maybe you would have won if you didn't keep checking the standings so often...you were giving off an aura of doubt by doing so!!! LOL

UPDATE: Hey, I did it again...this time I won a gift certificate to my favorite area breakfast restaurant! Are you in the mood for some pancakes or an omelet?

Okay, so I ended up in 17th place out of 108 participants. I was in 5th place at one point though. Not bad for somebody who doesn't follow college basketball. Maybe there is something to this "Secret" thing.

No offense, but di you have something against atheists?