In the market place

Yesterday I picked up a free t-shirt from a women dressed as a big red ball. She was promoting a new ABC television show called "Wipeout" (Super Bowl Edition).

Today I was walking through Grand Central when eight blonde-wigged models slowly marched in formation through the terminal's main concourse. They circled the floor and then each of them struck a pose:


Okay...I get that they're pushing small laptop computers... but which brand? It's still a mystery to me. There were no signs, no t-shirts, no pamphlets, nothing to signify the brand. What a big waste of money! But I guess it's better than paying 3 million dollars for 30 seconds of Super Bowl commercial time.

Here is a transcript of the conversation my daughter and I had as I drove she and her sister to school yesterday. It was my birthday.

Me: Oh! Well...aside from the whole hearing thing...it's pretty much the same as being 46.

Look to the Cheesecake! 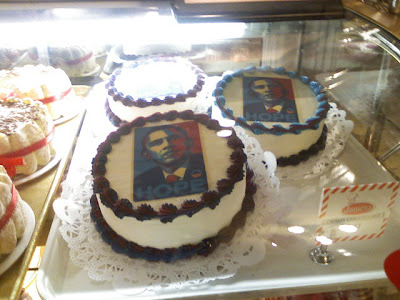 Can we celebrate this historic presidential inauguration with our favorite fatty baked good? YES WE CAN!!! (for 29.95). I was buying a coffee at Junior's in Grand Central today when I spotted these cheesecakes.
You would think that Junior's would also make an "Obama" Black and White cookie:

A black man on a white cheesecake...look to the cheesecake!
Posted by Bobby at 7:24 PM 3 comments:

The Curious Case of John Ruggiero 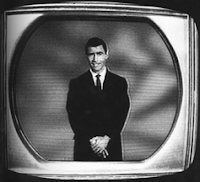 Submitted for your approval:

Sometimes truth is stranger than fiction. Case in point: A Mr. John Ruggiero, a middle aged railroad conductor from Connecticut, takes his wife on a Sunday afternoon date to the movies. They have purchased two tickets to see the latest Brad Pitt blockbuster, "The Curious Case of Benjamin Button"...little do they know...they have two aisle seats in... "The Twilight Zone."

"The Curious Case of Bejamin Button" is based on a short story by F. Scott Fitzgerald, in which a man ( Benjamin) ages in reverse. He is born old, but for some reason his internal clock runs backward, so the more he ages... the younger he gets.
At times, the movie detours from the main narrative and tells a parallel story of a blind clockmaker, who has lost his son in World War I. The clockmaker's great masterpiece is the newly unveiled clock tower at The New Orlean's Train Station. The clock in the tower runs backward and serves as a memorial to the war dead, whose lives have ended much too soon.


Okay, this is when the story gets weird:

Conductor John really enjoyed the movie and when the lights came up in the theater, he checked his watch to see how long the movie had been. This is what he saw (this video is of John's actual watch):

If you missed it, the second hand is running counter clockwise.

John was understandably freaked out at what he saw. He's had this watch for 10 years and it has never given him a lick of trouble. He plans on bringing it to a watch repair shop for answers.

"Einstein said that time is relative and it could never be totally understood. The same can be said for John Ruggiero and the time he spent in ...The Twilight Zone."
Posted by Bobby at 6:03 PM 8 comments: 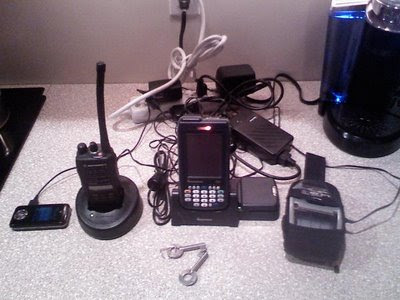 It's a frigid morning as I back the 6:47 AM train out of the yard and onto the platform on track #8 in New Haven Station. The platform is usually packed with commuters, but this morning everyone is standing over on track # 14 platform...that's three tracks away. I toot the horn and glance over at the trembling, huddled masses, yearning to commute. They stare back at me, throw their hands up, mouth four letter words and begin racing for the stairwell. A minute later they file onto my train, most give me dirty looks, others grumble, a few ask:"What happened to the 6:40 train?" I try to look concerned, pull a schedule out of my jacket pocket and read: 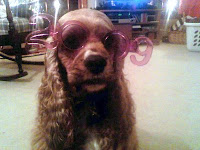 
I get on the PA and announce: "Folks, this is the 6:47 local train to Grand Central...those of you looking for the 6:40 express... search no more. According to the schedule...the 6:40 will not run today or tomorrow."

"UGGHHH!!!" The huddled masses let out a collective groan.

After leaving New Haven, Kathy, my assistant conductor, walks back to me and says:

I hand Kathy a schedule and say: "Give this to him and tell him to read the small print....the devil's in the details."

We pull into Riverside Station and "The Greenwich Country Club Member", stumbles onto the train. He's wearing a stained pair of sweat pants, Top Siders (no laces) and no socks. He's grossly overweight, disheveled and looks not unlike the homeless people who wander through the halls of Grand Central.

The New Haven Line has a regular cast of ne'er do well passengers, and one of them is this guy. I call him "The Greenwich Country Club Member," (hereafter called the TGCCM.) He is a tall, heavy, white haired man in his 60's. He regularly rides the Stamford local trains where he drunkenly pesters and verbally assaults other passengers. He rarely has the fare, and when a conductor challenges him, he'll say: "My good man...I'll have you know that I'm a proud member of The Greenwich Country Club." I guess he thinks we'll be impressed and let him ride for free. We don't.

About two years ago, the TGCCM took the cure (got sober) or possibly started taking anti-psychotic medication. Suddenly he was a model citizen. He began appearing on my trains in tweed jackets with ascots. He was polite, unassuming and quiet as a church mouse. He'd meekly board the train, sit in a corner and read the newspaper for the duration of the trip. It was a refreshing change.

But that was then, this is now. I don't know what happened, maybe he invested with Madoff, at any rate TGCCM has fallen off the wagon. After boarding the train today, he immediately starts fighting with Kathy, the assistant conductor. He has a canceled Senior Citizen ticket and he insists that it has never been punched. Kathy wants me to throw him off, but I don't want to delay a rush hour train and offer to bill him instead. He reluctantly fills out the form, then dismisses me with a wave of a bloated hand.

Everyone files off the train in Grand Central, and I notice TGCCM milling through the cars and picking up newspapers. I momentarily think of asking him to get off the train. A relief crew will soon be here to yard the train and I want to close the doors. But then I figure that this will start a fight and I decide to let him be....big mistake.... (to be continued.)

When my train reaches Grand Central, a group of passengers run up to me. "Conductor," one says, "A guy in the rear car just fainted. He stood up, then dropped like a ton of bricks." I run to the last car and find a seated 47 year- old man whose skin is pale white and he's staring out into space. His pupils are dilated and he's sweating profusely. "Sir," I pull on his arm, "Are you alright?" No response. I begin to panic and run to the radio to call for medical assistance. The only problem is....I suddenly can't remember my train number or who I'm supposed to be calling:

Me: Uh, yeah. Train 1531 has a medical emergency. I have a guy here and I think he's having a seizure or something.

I run back and find that the stricken man has gotten off the train and is staggering down the platform. I chase after him..."Sir...Sir...are you alright?"

"I have medical personnel on the way. Why don't you take a seat?"

The man takes my advice and sits back down on the train. The paramedics arrive a few minutes later. The paramedics ask if he has eaten breakfast and he says that he only ate a banana. He says he was feeling weak and when he stood up he must have fallen back down and hit his back on his chair's armrest. He says it knocked the wind out of him.

I give the paramedics all the train's pertinent information and I'm released. While walking down the platform I run into Paul, a fellow conductor who yards my equipment. Paul seems annoyed with me. He is from Queens and he peppers his language with colorful expletives.

Paul: Did you leave that fat gray haired F--K on the train yesterday?

Me: You mean "The Greenwich Country Club Member?"

Me: No, but I have a feeling you're going to tell me.

Paul: That fat F--K put newspapers on one of the seats and took a big sh-t.

Paul: That's right. The fat F--k took newspapers, put them on the seat, took a dump, and left a big pile of steaming sh-t right there...he stunk up the whole car. I gagged...I actually gagged.

Me: I guess those Greenwich people are wrong. Their sh-t does stink.

Paul: That disgusting fat F--k-piece-a-sh-t. I shoulda had him arrested.

Susan, one of our regular passengers, meets the train in Stratford and hands David (my assistant) two small wrapped packages. One is marked "David" the other is marked "Bob." I open the package and find a beautiful hand painted egg ornament. This is the first time I've been given a Christmas gift by a passenger and I'm genuinely touched. I'm reminded that there are still nice people in the world and I forget all about the TGCCM.