Life on the train

A friend sent me this inspirational email today. It's a little slow and maybe a little too deep, but I thought it belonged on a blog called "Derailed."

Have a Happy Thanksgiving!
Posted by Bobby at 10:11 AM 1 comment:

Yesterday, I saw my first bald eagle. It was roosting in a tree that stands behind the church parsonage, which in turn stands next to the church where we were attending service. The reverend told the Sunday school kids that he discovered the eagle while raking leaves on Saturday. He then suggested that after service, everybody go next door and investigate the bird which was still sitting sentinel on a tree limb. Being a big kid myself, I was one of the first out the door. I was a little disappointed that the eagle didn’t have a white head and I speculated that it was wearing a toupee, or maybe it was using "Grecian formula" or "Just for Eagles". One of the sixth grade boys seemed disgusted by these comments. “It’s only two years old,” he explained, “its head hasn’t turned white yet.”

When we walked closer to the tree, we noticed that the eagle had a squirrel trapped in its talons. The squirrel’s fuzzy tail swayed in the breeze as the eagle eagerly ripped it to shreds with its enormous beak. The boys watched in amazement as the bird disemboweled its prey. The girls, on the other hand, thought it disgusting. I was with the girls on this one.

Watching this majestic eagle, made me think of how wrong Benjamin Franklin was when he petitioned to have the turkey, not the eagle, be our national symbol. Thoughts of turkey then turned to memories of kindergarten and my beautiful young teacher, Miss Flanagan. This was the song she taught us at Union School, November 1967: 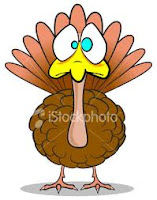 Scenes from a Marriage

Act I
Scene I

As the curtain rises, we find a bald man in his mid 40's, dressed casually in a sweat shirt and blue jeans. He is seated in the family room in front of his computer. Stage left, his attractive wife enters the room.

Wife: When you're out running errands today, could you stop at CVS and pick up Ibuprofen, and hair conditioner.

Wife: Can you please stop typing and pay attention for a second.

Husband: (still typing) Yeah, yeah, I got it...you want me to pick up aspirin and...

Husband: (stops typing) That's what I meant. I was just using the generic word for a pain reliever.

Wife: But aspirin isn't ibuprofen. Advil and Motrin are ibuprofen. Tylenol is acetaminophen. Bayer is aspirin.

Husband: What are you a pharmacist?

Wife: No. But if you get rushed to the hospital and tell the doctor that you took aspirin when you really took ibuprofen, there could be consequences.

Wife: Since you lost your hair.

Wife: Did you go to CVS?

Post Script: Wife told daughters about above conversation. Now daughters take great delight in asking dad to, "please go to the store and buy creme rinse." They usually then convulse with laughter and fall on the floor. 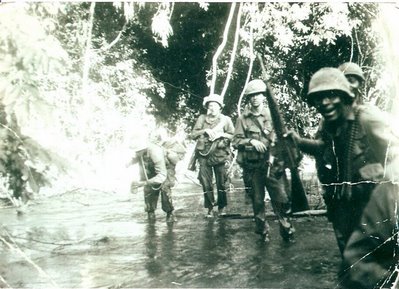 After careful consideration, I have determined that the trees in my yard are evil-doers. Every year at this time, they dump layer upon layer of leaves in my yard, causing mass destruction to my lawn. I tried to form a coalition of friends to help me route these leaves out, but some of them told me I was rushing in and raking too soon. Other friends told me to, "let the leaves fall where they may." I was especially hurt by the lack of support shown by my friend Pierre. I’m forever helping him out at his house, and you would think that he would return the favor every once in a while. “ Listen Pierre" I said, "You’re either with me or you’re against me.”

This year I decided to use a scorched-yard policy. In addition to my rake, I’m using a leaf blower with a Cheney motor. This baby provides 2000 cfm with 200 mph winds and it really shocks and awes those leaves into submission. The only trouble is, when I get one section of the lawn cleared, insurgent leaves blow in from neighboring yards to take their place. When I clear those leaves, suicidal foliage falls from the branches overhead. It’s a vicious cycle, and I don’t know if I’ll ever have my yard cleared. There’s also a Bush in my yard that’s detaining some leaves in it’s lower branches, and no matter how hard I try to release them, it just won’t let them go. It's very frustrating. I thought my lawn would see me as a liberator, not an occupier... I guess I was wrong. It seems the harder I rake, the tighter the grass hangs onto the leaves. This has resulted in me breaking several rakes and truthfully, the price of this venture is becoming too costly.

"Life" in the fast lane

Do you think you have what it takes to be the "YOUR OCCUPATION HERE to the Stars?"

As has been well documented in the pages of this blog, I have a gift for spotting celebrities on my trains. In fact, as many of you know, I am the self-proclaimed "Conductor to the Stars."
Tonight, I must admit, I even surprised myself. Meet John Gilchrist (photo below.) John is an Advertising Executive with the ESPN Network in Manhattan, and he was a passenger on my 6:07 train home tonight. Because I am gifted in the art of star spotting, I immediately recognized John as his alter-ego. 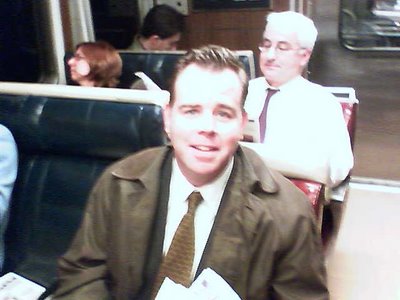 If you can guess where you've seen John before, you just might have what it takes to be the next "________to the Stars!" 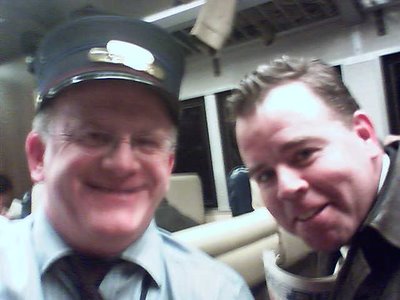 John was a child actor.

Here are a few more hints:

Sorry, but if you don't have the answer by now, you're just not worthy of the "To the stars" title.

Thanks to John Gilchrist for giving me permission to use his name and likeness in this post.